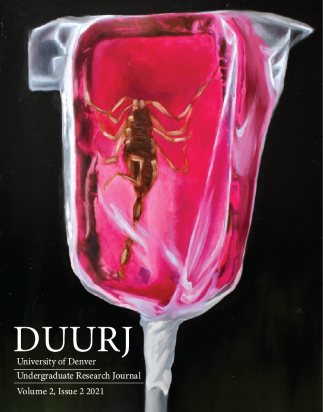 The enrichment of uranium, often for nuclear weapons programs and commercial nuclear reactors, produces higher concentrations of radioactive uranium 235 (235U) than what naturally occurs, which can pose a human health hazard. The most abundant naturally occurring uranium isotope is 238U, which is still radioactive, however a higher concentration of 235U skews the observed isotopic uranium distribution. The Department of Energy Portsmouth Gaseous Diffusion Plant, located near Piketon, OH, enriched uranium from 1954 to 2001 and 235U pollution has recently been detected in air and sediment samples in the surrounding community. The extent of the 235U contamination was tested using sediment core samples from ponds within the vicinity of the plant. Cores were processed in the laboratory by depth intervals to capture the history of atmospheric deposition of 235U. Analyzing the samples with an ICPMS instrument allowed for ratios between enriched 235U and naturally occurring 238U to be calculated, thus unearthing the level of contamination. These results will provide the citizens of Piketon, OH with scientific evidence to facilitate their understanding of the uranium contamination within their community.